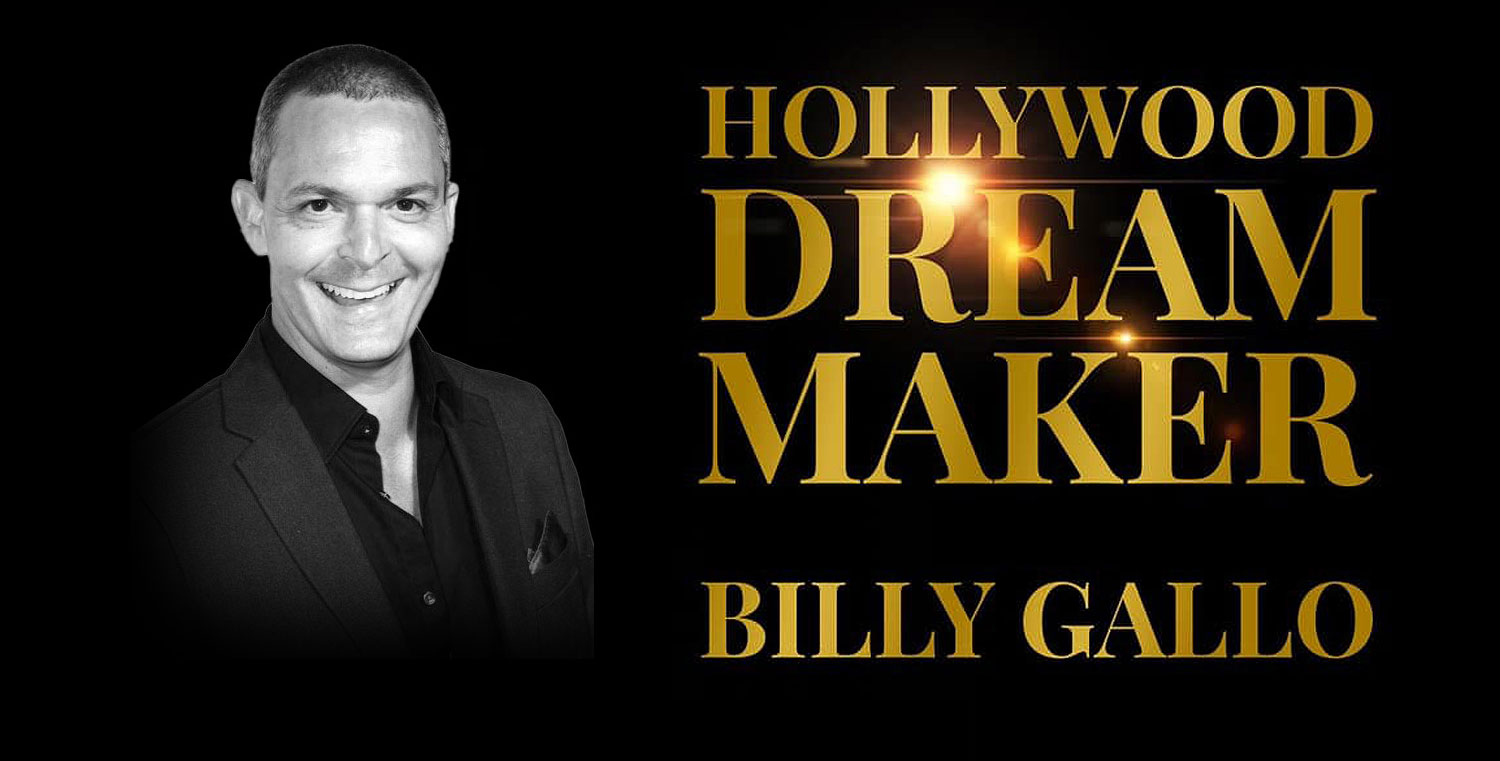 Billy Gallo is the Founder and Owner of the Manhattan Actor Studio in Manhattan Beach, California, and the Host of The Hollywood Dream Maker Podcast.  Billy has been an actor, writer, and producer for over 35 years and has worked alongside Academy Award winning actors, writers, and producers and some of the biggest talents in the industry on blockbuster films, cult classics, and numerous television shows.

Billy was bit by the acting bug at the age of 11 after booking a small role in the movie, “Nunzio”.  Growing up in Brooklyn, New York, his dream was to cross the Brooklyn Bridge into Manhattan, to the theaters on Broadway and the Lee Strasberg Actor’s Studio, where the likes of stars such as Al Pacino, Robert De Niro, and Marlon Brando had studied.  After studying at the acclaimed Studio for a couple of years, at the age of 18, Billy booked a one-way ticket to Hollywood with $200 in his pocket to begin pursuing his acting dreams.

Billy has been living his dream ever since and is now dedicated to helping and guiding other artists to achieve their dreams through his live (in person) and virtual classes from the Manhattan Actor Studio.  Billy not only teaches the craft of acting, but also teaches his students the art of the audition, owning the lobby, and other vital techniques needed to book the job.  He takes pride in guiding and coaching his students through the business, including knowing the pitfalls to avoid.

Billy inspires people every day through his Hollywood Dream Maker Podcast.  His guests share their stories of failure and triumph on their journey into show business and leave valuable nuggets of information from years of experience and success stories.

Whether you are an actor, writer, director, or producer, Billy truly believes that it is never too late to follow your dreams.

To hear about casting opportunities!

Fill in your details and we'll send you the PDF